Skip to content
Hey Friends!
Please be sure to read my introductory blog titled “Hey Friends” to see why I’m writing about my previous marriage. I am sharing this information to help girls and women who may be at a low self-love point in their relationships.
I’ve had a hard time deciding where I want to start when it comes to sharing my journey of what brought me to divorce and through recovery. I can’t just start with “warning signs” or “listen to your gut” posts because I feel it would be confusing, so I’ll start from the beginning and give a little background about my past relationship.
I met my ex-husband a month after I turned 18.  There I am! Not too bad for turning the camera around on a small Nikon with no selfie view, I had to upload this bad boy with a cord and everything! 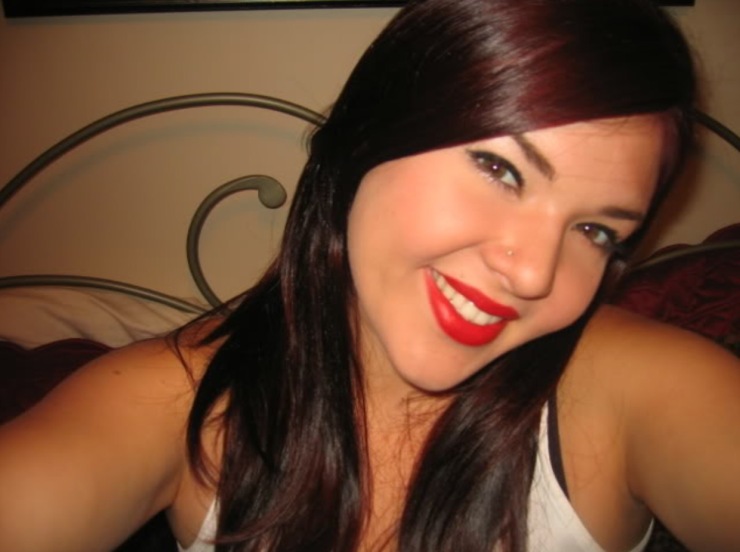 My ex and I were introduced by mutual friends on a girl’s trip to the Bay Area to see a band play. We met in a McDonald’s parking lot (warning sign #1), true story but just kidding about it being a warning sign. I actually made out with his friend that night and fooled around with a different dude the following evening. Hey, pimpin’ ain’t easy my friends.  All jokes aside, I was a virgin and had never been in love. I ended up telling my ex’s friend that I thought he was cute and he and I started talking via AIM (AOL Instant Messenger for any YOUNG readers).
I was in community college and after a year of doing long distance, I just had to be close to him. I remember telling my mom and writing a letter to my dad that I was going to move to Northern California to be with him and finish school.  That was an emotional experience, to say the least. I was and still am incredibly close to my family, so when their little girl told them she was moving for a boy, it didn’t go over well.  They finally gave me their blessing for the move and off I went to be with the man of my dreams, so I thought!
I moved into his parent’s house and lived there a couple years. I was supposed to only live there for a semester of school but ended up finishing with an Associates Degree and getting a job. I loved his parents and developed an amazing relationship with them.  When “The Ex” bought his first home, I moved in with him shortly after.  I would say that’s when all hell broke loose, but it was never a “good” relationship from the start.  I never recall saying or feeling like “he was so good to me.” You know, when girls adore their partner, especially in the beginning it’s very apparent, but looking back it was never a thought.  He was my first date, first boyfriend, and first love.
That’s the “long story short” beginning of our relationship – I’ll call it…”McDonald’s Parking Lot Love” a novel by Natalie Alvarado.  SNAP!
Okay, now officially, the FIRST real warning sign that I ignored: his addiction to alcohol.  You read that correctly, I ignored it. This entire 11-year process could have been prevented if I realized my self-worth.  Was it all these “firsts” that made me stick around?
When he would come down to visit me in Los Angeles we would stay at a friends house and the first thing he would do is crack open a beer in the morning. We would go to shows (live bands in smaller venues) and everyone drank which was normal for our (under) age group.  I thought his morning drinking was him going into vacation mode while visiting me.  This is where making excuses for him started.
He had female friends, and it’s totally fine to have friends of the opposite sex, however, I always felt there was something more going on with the ones he had.  This specific instance, pardon my French, fucked me up for about four years of our relationship. Guess what was involved?  He called the next morning and told me he was drinking and made out with this girl he was sleeping with before I met him.  This is the same girl whom I was already sensitive about since they would hang out together.  Yet, after an apology, I stuck around. When I say it messed with my head, I was constantly on her Myspace (yeah, old school) checking on her account, and his.
The drinking continued.  For what seemed like every weekend, I was writing him a letter to read the next morning about what he had done the night before and how it hurt my feelings.  From him getting texts of a naked girl (a friend), to him driving incoherently drunk, to not knowing where he had been for the evening (assuming to a girls house), and the list goes on.  I was always the babysitter, I didn’t get to drink because I felt I needed to take care of him to make sure he didn’t do anything crazy.  I lost out on my young adult years which ultimately was my own fault.
I allowed myself to regularly go through pain because I saw his potential when he was sober.  I saw who he could be and how some “problems” could go away if he would only stop drinking.  And he did stop, off and on, off and on.  The fact is, you can want something for someone, but until they genuinely want to make a change in their own life, it probably isn’t going to happen.  No matter how bad you want it for them.  So, it will be up to you to decide if you’re going to stick around or walk away.
This was a major topic during the healing process with my therapist. Women who have been with a man who has an addiction or someone who needs “saving”, tend to go back to the same type of man. Part of my therapy was to make sure this didn’t happen again and to know what to look for going forward.
There is no shame in talking with a therapist or counselor if you are feeling hurt in your current relationship.  Or if you are in pain and dealing with someone else’s addiction. There are also free Al-Anon meetings in most local cities.
In this blog, I have mentioned about this or that being my own fault.  When I saw signs, I pretended they weren’t there or brushed them off for this reason or that reason.  But I should also express that I have forgiven myself.  Ladies, it is okay to make mistakes, but learn from them.  It is time to forgive yourself and move forward.

10 thoughts on “The Beginning of the End”